I recently bought a very expensive board game called Gloomhaven. It was £180 (approx $235). When I spoke to people about it they asked, “Why are board games so expensive?” So I thought I’d write a post about it.

Why are boardgames so expensive? They are often made by small publishers, in small print runs, with custom components which means the production costs are high. Each game also has costs for assembly, storage and distribution.

Of course, the price of board games varies hugely. That’s mostly due to the components they have, who the publisher is and how large the print run is. But if you look at the cost per hour over the life of a board game, they can be pretty good value.

Mass-market board games like Monopoly are printed by large publishing houses like Hasbro. But most board games are actually made by small companies that employ very few people.

While Monopoly might be published in a print run of 50,000 a small publisher will be looking at maybe 2,000 for their first print run.

Small board game publishers need to print only what they think they can sell and test the market, before investing in larger print runs. As small businesses, they cannot afford to have all their cash tied up in unsold games.

There’s a huge difference between Monopoly and something like Gloomhaven.

They are targetted at very different audiences.

Monopoly is made for the mass market, general household audience. It’s a family game with pretty simple roll a dice and move mechanics.

Each player has different actions, different monsters have different abilities and each game scenario has a different setup, etc. People spend time learning the rules, referring to the rules during the game and debating how they are interpreted when ambiguities come up.

It’s unlikely that your average household family board gamer would pay the £160+ that Gloomhaven costs.

But would a tabletop hobby gamer pay that much? Absolutely!

Monopoly has relatively few components, and they’re mostly quite cheap too. The most expensive components being the metal player pieces because they are custom designs and made of metal. The rest are pretty cheap to print – some paper money, a board, two decks of cards, a rule book and the box.

There are hundreds of components for Gloomhaven! I’m not even going to try to list them all! And it includes detailed miniatures for all the playable characters.

Some components have extra details like stickers to seal boxes and envelopes so they can’t be opened until later in the game.

One of the big costs with this game is . weighs 10kg (22 pounds)! That is an expensive board game to ship. And is definitely one to be stored at the bottom of your board game shelf so it doesn’t fall over!

There’s not much profit to be had

The profit margin on board games is pretty small. The price you see in your local shop is not how much the publisher sold it for.

The wholesale price of a board game was probably 40% of the retail price.

The price the publisher sold it to the distributor will have been lower still.

It’s the same with any physical product, everyone along the chain from manufacturer to consumer wants their share of the profits.

Everything you buy is a lot more expensive than how much it cost to make.

But if you add more layers to this, say you have a wholesaler and then a distributor, the margins get even tighter and the costs may get higher.

Given that board games sell in smaller quantities than food or clothing, the margins need to be higher to make sure that everyone in the chain makes a profit.

If a board game hits it big, the price is reduced.

This sometimes happens with Kickstarter games which get really popular. When more are sold, publishers order larger volumes, volume discounting kicks in and the margins can be smaller but still earn the publisher the same target revenue.

Publishers are at the mercy of variable costs

There are a lot of costs outside a board game publisher’s control. For example:

A board game brings together lots of small components that all have to be commissioned from suppliers, sorted and bought together in a box, then shipped around the world and stored in a warehouse. Making board games is expensive.

Board games may actually save you money

Comparing a board game to other activities, it’s actually pretty good value.

You pay the one-off cost for the board but then play it over and over again. Even taking a low estimate of playing a game 10 times, the cost per person, per is pretty low.

Games are only cost-effective if they are actually played!

Some board game hobbyists spend more time collecting games than playing the ones they have! In which case, board games are expensive. And so is the storage for them.

We have limited space for storing our board games so we have a natural limit on how many we can have. We regularly review our collection for those that we don’t really play anymore so that we can sell them and free up space (and raise money) for new ones.

Other than the entertainment cost over time, board games are pretty good value for other (maybe less obvious) reasons too.

Saving money on board games

Even though board games work out good value in the long run, you can still save money on the cost of new games.

You can buy them second hand online on Amazon, eBay, the Reddit board game Bazaar or the BoardGameGeek Marketplace.

You could even buy board games on the cheaper side Games like Love Letter, Sushi Go, Sabatour, Coup, Skull and Forbidden Island all sell for between £10-£20. If you want to spend a little more, King of Tokyo, Carcassonne and Ticket to Ride usually sell for £20-£30. These are all good introductory games for someone new to the hobby.

You can also check out my article on average board game prices and where to get a good deal.

Try a board game before you buy it

Join a local board gaming group and play the games other people bring along. Or head down to your friendly local board game shop or board game cafe, they are usually happy to show you how a game works. Your local library may have a collection of board games too.

Conclusion – Why are board games so expensive?

Board games can look expensive at first glance. The trick is to buy games that you and your friends will enjoy so you get hours of fun for very little money.

Board games tend to fall into four different price brackets, with the average price being $20-$45 (£15-£35). So you don’t have to spend a fortune on an expensive board game. See my article about average board game prices to find out where you can get a good deal.

Take a look around at different games. Soon you’ll be so excited to get your hands on a game that the price will be worth it! 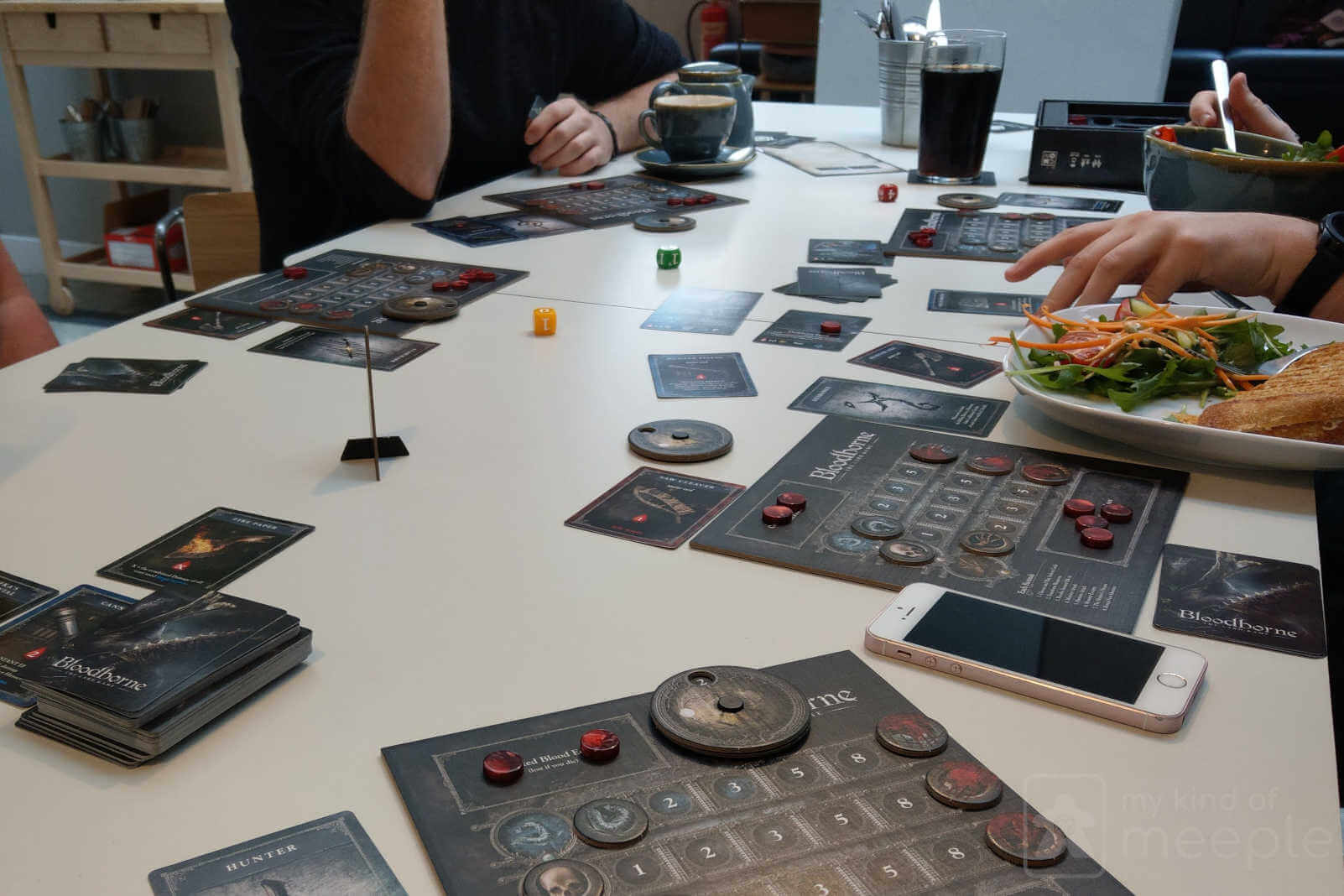 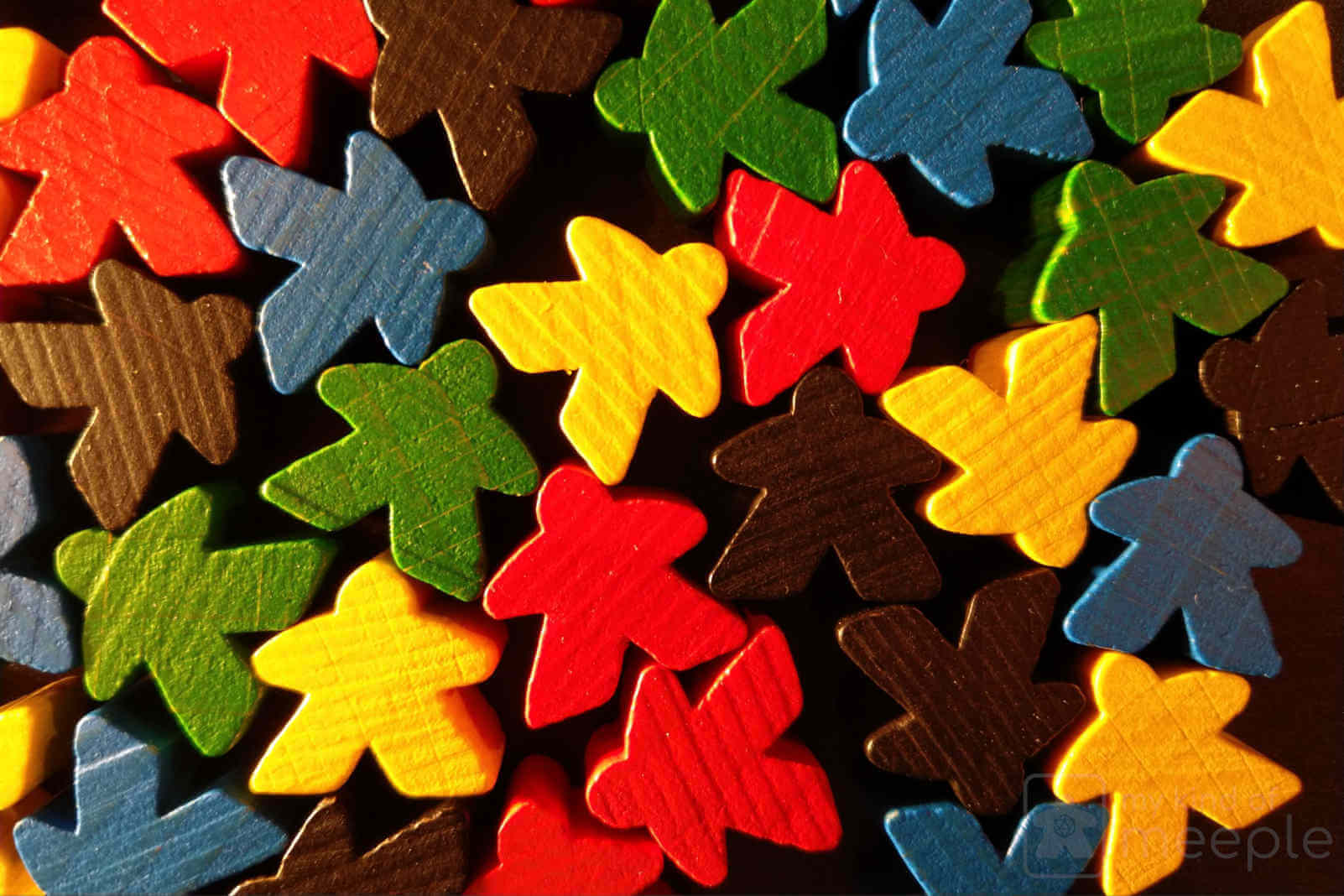